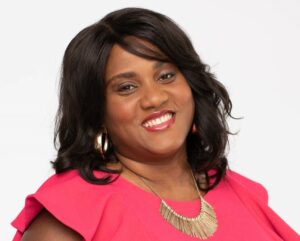 Mikisha is the Executive Director of Teach For America’s Twin Cities region. With Mikisha at the helm since 2017, TFA Twin Cities has provided training, support, and mentorship to teachers and leaders who are committed to re-imagining education excellence in Minnesota so that more students learn, lead, and thrive.

Mikisha, whose career has been centered around health and educational equity, has 20+ years of experience in corporate, government, and nonprofit leadership. She’s a graduate of Dartmouth College and previously worked for Target and was the Executive Director for Breakthrough Twin Cities, a nonprofit that prepares under-resourced students for college success and cultivates the next generation of educators. Mikisha has served on multiple boards and she was honored as part of the Minneapolis/St. Paul Business Journal’s “40 Under 40” in 2018.

Mikisha has a passion for family and parent organizing and she completed the 2019-2020 Education Equity Parent Fellowship with Voice for Racial Justice. She is also the co-chair for Minneapolis Public School District (MPS) World’s Best Workforce Committee, which provides advice to the MPS Board of Directors on district priorities, progress, and outcomes related to key equity goals. Additionally, in 2020 Mikisha was selected for Minnesota Young American Leaders Programs and was invited to join the Minnesota Women’s Economic Roundtable. She is excited to engage with leaders on the state and trajectory of our regional and national economic development while building cross-sector collaboration and establishing a network of new relationships.

Mikisha lives in Southwest Minneapolis with her husband Desmond and their boys, Desmond III, Marcellus, and Victor.